Loop and Loblaw partner in Toronto 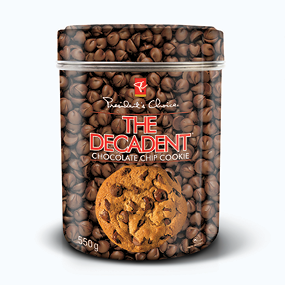 Shoppers will be able to buy PC products in reusable containers from Loop.

The reusable packing partnership recently announced between Loblaw Companies and Loop, a subsidiary of New Jersey-based Terracycle that partners with retailers to reduce waste in their product and purchase cycles, will start in Canada with a single retailer based entirely in Toronto.

From early 2020, pilot program participants will be able to shop for Presidents Choice products in reusable packaging through the Loop + Loblaw website. Similar integration is in use by Loop in partnerships in other countries, with Carrefour in France, Walgreens and Kroger in the United States, and Tesco in the U.K., for example.

Home delivery and pick-up via Loop’s reusable tote will be the only usage option at the outset, though both parties say that additional online integration and eventual in-store availability are longer-term goals.

“In the next phase, products are ordered through a retailer’s website, and delivered and picked up in the same way,” says Lauren Taylor, global vice-president of creative and communications for Loop Global. “The future model is integrated in store, where the consumer buys the products in store and drops off empty containers.”

“Ultimately, our goal would be to have durable package options for customers shopping online and in our stores,” adds Catherine Thomas, senior director of external communication for Loblaw Companies Limited.

Loop is currently active in Paris and New York and is preparing for launches in London, Tokyo, Germany and California as well as Toronto. Start-up and operating costs in the Canadian market have not been announced, and Loop is not able to provide estimates for how long its reusable containers will remain viable or how much waste will be diverted from landfill.

“We don’t have an expected percentage of packaging that won’t be reusable,” Taylor says. “However, we do know that each package has a life cycle. Once it’s pulled from circulation, it will be recycled.”

Taylor says that Loop’s goal is to reach a national scale in Canada, but Thomas offers a more conservative outlook. “Right now, we’re finalizing the details of a pilot in Toronto,” she says. “It’s premature for us to speculate beyond that.”