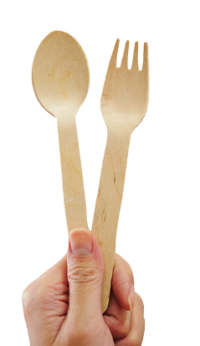 The Canadian government has proposed a national ban on single-use plastics, to take effect as soon as 2021, after planned consultations with provinces and other stakeholders.

The ban is intended to move Canada toward a sustainable “circular economy” and harmonize Canadian rules with a similar ban recently enacted by the European Union. These actions also further the Canada-wide Zero Plastic Waste Action Plan which aims to coordinate waste reduction efforts among the provinces and territories.

The plan contemplates assigning responsibility for the cost of collection and recycling of plastic materials to manufacturers and retailers. European-style extended producer responsiblity (EPR) is set to arrive in Canada.

Announcing the ban, Prime Minister Justin Trudeau stated, “By recycling or reusing these plastics, we can reduce pollution, generate billions of dollars in revenue, and create approximately 42,000 jobs across the country.”

Items proposed to be banned or for EPR management include plastic straws, cutlery (e.g., at fast food outlets), disposable takeaway containers, “balloon sticks” and Q-tips, and shopping bags. Also mentioned were polystyrene foam and plastic bottles. The list is expected to expand.

The announcement was received favourably by most stakeholders in government and industry, who recognize the writing is on the wall for convenience materials that consume non-renewable fossil fuels, contribute to greenhouse gases, and may enter the world’s oceans where they contaminate ecosystems. Experts say that by 2050 there’ll be as much plastic in the ocean as fish.

Even the plastics producers are onboard. “Plastics are key to our modern and sustainable way of life, but they do not belong in the environment,” said Carol Hochu, president of the Canadian Plastics Industry Association (CPIA). “We understand the urgency of the problem and are committed to being part of the solution.”

Scope of the problem

Canadians produce over three million tonnes of plastic waste per year. According to Greenpeace’s Sarah King, only about eight or nine per cent of this waste is diverted to recycling, and not all of that even gets recycled (due to contamination). In addition to harmonizing Canada’s rules with those of the EU, impetus for a ban comes from the recent closure of markets in Asia that will no longer accept shiploads of this material.

According to the Recycling Council of British Columbia (RCBC), the three million tonnes of plastic waste Canadians toss represents around $8 billion in lost value each year. A third of all plastics used in Canada are single-use items and packaging. The numbers are staggering: they include up to 15 billion plastic bags annually and more than 50 million straws used on a daily basis.

The primary plastics and petrochemical industries have been preparing for a ban for some time. For instance, Nova Chemicals Corp. supports efforts to encourage more recycling, and is proceeding with a $2-billion expansion of its Sarnia, Ont. polyethylene complex, now under construction. In central Alberta, Inter Pipeline Ltd. and Pembina Pipeline Ltd. are both building projects to turn propane into polypropylene plastic at a cost of $3.5 billion and $4.5 billion respectively.

The forest products industry hopes to capitalize on the changes. Domtar paper has shifted to making specialty paper products, such as the takeout bags at Tim Hortons, and certain single-use plastic items like coffee stir sticks can be substituted with wooden ones.

Cardwell Grove senior policy analyst Usman Valiante said in an interview EPR is a kind of property rights scheme that won’t just affect recycling programs; it will change what kinds of materials producers choose for their products and how they use them.

“They‘ll design packaging that’s easier to recycle,” he said, “or at least reduce the amount of plastic used.”

Valiante authored a timely report for the Ottawa-based Prosperity Institute. A Vision for a Circular Economy for Plastics in Canada: The Benefits of Plastics Without the Waste and How We Get It Right, released in February, sets out an all-encompassing and practical plan for accomplishing the government’s plastics ban and related goals.

Valiante refers to the “decarbonization” of the economy and the coming evolution of a sustainable lifecycle for these modern materials. He acknowledges that change will not be easy for plastics, not least because “downcycling” means a sizeable portion of recovered plastic is only recycled once before disposal.

According to Dave Gordon, senior advisor-waste diversion, with the Association of Municipalities of Ontario (AMO), recycling costs are steadily increasing and performance has stalled for municipalities already dealing with challenges from disposal capacity.

Industry observers know changes in the waste stream composition will require technical and other alterations in municipal and commercial programs. A reduction in plastics will create space in recycling bins for other materials. But the real gains will stem from the shift to EPR and solutions such as material substitution and design for the environment (DfE).

The Blue Box was arguably the answer to “How can we recycle more?” and “How can we divert more materials from disposal?” Today, the question is more “What would a sustainable society look like?”, which is leading to a shift away from municipally-led end-of-life management for packaging and other materials, in favour of performance targets for industry, to harness the innovative creativity and efficiency of the market. Fresh ways of doing things are already emerging. (See item on Loop’s container reuse program, page 8.)

EPR for the Blue Box already exists in British Columbia. “EPR programs,” Usman Valiante comments, “achieve some of the highest rates of recycling in Canada.”

In 2017, 73.9 percent of plastic beverage containers supplied into BC were collected and managed by Encorp Pacific via a deposit-return system. The BC Used Oil Management Association (BCUOMA) recovers and recycles 82.5 percent of plastic used oil and antifreeze containers in the province. The RecycleBC program has induced $20 million in capital investments.

George Heyman, BC’s Minister of Environment and Climate Change Strategy, said his is the only province in Canada where industry is 100 percent financially responsible for the collection and recycling of materials introduced into the marketplace.

“British Columbians lead the nation in recycling, served by 22 industry-led recycling programs,” he said in a statement. “Every year, 315,000 tonnes of plastics are diverted from BC’s landfills to be recycled in BC, which means the vast majority are not shipped elsewhere to be processed, and they no longer pose a threat to our environment.”

Most municipalities applaud BC’s program, but want EPR to be implemented properly. “Ultimately we’d like to combine the best practices from different jurisdictions,” Dave Gordon said. “We know the process must be iterative and all the desired changes won’t come immediately.”

While mainstream media has focused on the ban on items like plastic straws, any requirement to achieve high diversion rates (e.g., 90 percent) for plastic beverage containers will compel provinces like Ontario to adopt a deposit-return system for used non-alcoholic beverage containers. Ontario is one of only two provinces without such a system, though its beer, wine and spirits containers are on deposit. This will alter what’s in the Blue Box considerably.

Coincidentally, a report released in June entitled Better Together from Eunomia Research and Consulting found, contrary to previous assumptions, that a deposit-return system for non-alcoholic beverage containers, alongside improvements in the Blue Box program, would recycle an additional 118,000 tonnes of materials every year, while generating overall savings of $12 million for Ontario.

Clarissa Morawski is managing director of the European consulting firm Reloop, which played a role in developing the new EU Directive and sponsored the Eumonia study.

“What’s different now compared to a few years ago is new technology like reverse-vending machines that make it easy for consumers to redeem containers for deposit,” Morawski says. (For instance, special bar codes can be generated for each customer.)

“Plus, the major brand owners are getting on board with deposits as they realize it’s the only way to hit high diversion rates and get back the clean recycled material they need,” she says.

Supermarket chains and grocery stores will be impacted by a single-use plastics ban, especially in regard to the plastic wrap used for vegetables (without which spoilage rates may increase) and such things as meat trays. Grocery industry association reps say the cost of non-plastic packaging is generally more expensive. For instance, a compostable meat tray currently costs about 10 cents per unit, whereas traditional Styrofoam costs only about one cent. The new corn-based packaging costs about four cents.

A ban on plastic grocery bags, or EPR for their full lifecycle management, is a game changer, and a vibrant debate is likely to ensue since some experts say bag bans may actually increase plastic use as customers switch to reusable bags that they may use only a few times.

The implications of a single-use plastics ban may be more dire for fast food restaurants, which have enjoyed the multi-decade privilege of providing “convenience” to customers without commensurate responsibility for the downstream impact of their packaging. Still, leaders in the space know bad publicity isn’t good for business, especially with initiatives such as the Canadian Plastic Polluters Brand Audits finding the top five polluting corporations to be Nestlé, Tim Hortons, PepsiCo., The Coca-Cola Company and McDonald’s.

Restaurants Canada (the trade association of the foodservice industry) recommends a number of strategies to reduce wasteful single-use items in its members’ outlets. As well, it advises members to be aware of the types of different plastic and their relative merits and drawbacks. Conventional plastics, biodegradable (or Oxo plastics, which are banned in some places) and “bioplastics” (made from natural substances such as corn starch or vegetable fats/oils) have benefits and attendant problems. “Compostable” plastics go further than simply breaking down: they provide the earth with nutrients in the form of compost or humus. But what’s acceptable differs from one compost facility to the next.

Plastics with recycled content (post-consumer or post-industrial) are viewed positively as they create demand for materials collected through residential recycling programs.

The impact of eight million tonnes of bottles and plastic waste entering the oceans each year has driven international developments such as a partnership between The Ellen MacArthur Foundation and the United Nations Environment Programme (UNEP). Three of the brands that have signed up to the partnership’s commitment – Coca-Cola, PepsiCo and Nestlé – were recently named the world’s worst plastic polluters, according to an index by the Break Free From Plastic movement that analyzed 187,000 pieces of waste collected in 42 countries.

In the US and Canada, these three companies accounted for 64 percent of all plastic pollution identified in clean-up operations, according to the campaign group’s analysis. In response, these companies are among 250 major brands pledging to cut all plastic waste from their operations. Starbucks and McDonald’s have teamed up to build a better cup that can be both recycled and composted. Their new cup will be shared open source and not proprietary.

In December 2018, Nestlé announced the creation of the Nestlé Institute of Packaging Sciences to develop sustainable packaging materials and collaborate with industry partners to scale-up research and innovation. Through the institute, Nestlé is forming partnerships with packaging specialists including Danimer Scientific and PureCycle Technologies. The company began eliminating all plastic straws in its products in February, and plans to transition its Nesquik chocolate milk brand from plastic to paper.

Nestlé has pledged to eliminate all single-serve plastic from its water production lines and make all packaging recyclable or reusable by 2025. With 100 different water bottling operations in 34 countries, each capable of producing up to 1,200 bottles per minute, that’s a significant reduction.

Canada’s proposed single-use plastics ban (however it plays out) is part of a global change that’s well underway, and will help the country not only clean up the environment but also remain competitive.

Guy Crittenden is principal of Crittenden Communication, which specializes in writing and marketing for clients in the environmental sector.