Inside Ontario's Blue Box - Some reflections from close quarters

Ever since the blue box was first introduced almost 40 years ago in Ontario, it has been the way most folks connect with protecting the environment. We feel we are doing our part as we take this container to the curb, full of paper, cans, plastic bottles, all sorts of plastic packaging and the occasional cracked casserole dish. All this stuff is magically transported away to recycling heaven.

Or so it seems. Few people know what happens next, or how much it is costing them…and industry.

I sure found out. 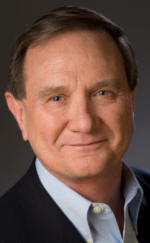 For several years I had a ringside seat as CEO of Waste Diversion Ontario (WDO), the agency created by the Ontario government in 2002 to oversee the Blue Box Program, and which began operating in 2004.

At WDO, I was also responsible for chairing the Municipal Industry Program Committee (MIPC). MIPC consisted of representatives from Ontario municipalities, the City of Toronto, WDO and Stewardship Ontario (SO), the industry organization created by the Waste Diversion Act.

SO collects fees from industries – about 1,800 businesses – whose waste products and packaging can be placed in the blue box. These fees are then distributed by SO to some 240 municipality, recycling association or First Nation blue box programs.

Most importantly, MIPC recommended to WDO each year the amount SO must pay to help support the program. This funding was approximately 50 percent of the program’s total annual cost. WDO’s Board would review MIPC’s recommendation and make a final determination of the amount to be distributed.

I would not inflict on my worst enemy the complex method MIPC used each year to determine its recommendation. It came down to an agreement on the annual ‘net’ cost – i.e. the total cost of the program across Ontario after deducting revenue generated from the sale of processed material, and taking into account other factors and calculations.

MIPC relied significantly on the huge amount of data each municipality in Ontario operating a blue box program must submit to WDO annually. MIPC also incorporated other factors such as cost containment and best practice models in determining annual ‘net’ costs.

We are not talking about chump change. Industry has paid more than $1.3 billion since 2004. They have paid to help improve the efficiency and effectiveness of the program. Between 2008 and 2018 a total of more than $70 million was provided to municipalities for this purpose.

Municipalities point out that they – i.e. property taxpayers – have paid more than 50 percent of the annual costs for the program, for several years. They argue the shortfall they have covered amounts to about $220 million over the period 2004 to 2014.

Total gross costs of the program in 2019 alone were over $300 million (not including the revenue that processors generated).

Following the development of a new Blue Box Program Plan in 2011, and even though costs were increasing, MIPC, with WDO’s facilitation, was still able to come to an agreement on industry’s share of the cost.

But trouble started brewing around the time of my arrival at WDO in 2011. I like to think I had nothing to do with this – cold comfort, as it turned out.

At this time costs that had already been increasing each year began moving up more significantly, while results continued to flatline.

Most followers of the program will know the reasons. At the heart lie the most challenging – increasing volumes of difficult-to-process, lightweight plastic packaging, and contamination rates affected by confusion over what can and cannot be put in the blue box.

Negotiations on MIPC became even more difficult. Tensions between the members rose. For me, MIPC meetings felt like visiting the dentist…not that there is anything wrong with dentists! But you get my drift.

We (WDO) tried everything: bringing in a professional mediator to work with the parties (it failed); providing separate rooms for each side to ‘caucus’ (easy); extending the deadline as far as we could for determining each year’s annual cost (risky); and taking a good look at a so-called ‘dispute resolution process’ established in the early years of the program (useless).

Eventually, negotiations broke down completely. It came to a head when attempting to agree on the 2014 blue box program net costs. There was a gap of about $20 million between the parties concerning industry’s share of the cost.

After many attempts to mediate an agreement, WDO finally referred the parties to a binding arbitration process led by Justice Robert Armstrong, QC (retired).

After five months of hearings, the submission of 700 documents and combined legal costs well over $1 million for the parties, Justice Armstrong determined in his 119-page decision that industry’s costs for the program year in question would be about $115 million. Stewardship Ontario had asserted the amount should be about $95 million. Justice Armstrong concluded that SO had not provided sufficient data and information as evidence to support their position.

Fast forward to 2016 through to today. Much has changed. Too much hasn’t.

In 2016, the long-awaited and much-needed Waste-Free Ontario Act was approved, replacing the 2002 Waste Diversion Act. It has altered the landscape significantly.

Industry will now be directly responsible for looking after and paying the full cost of recycling its waste packaging in the blue box, rather than being required under law to contract with Stewardship Ontario to manage their obligation. It will be up to each business to determine how they will meet their obligation, either by operating programs on their own, or by contracting with a service provider.

The Resource Productivity and Recovery Authority (RPRA) was created, replacing WDO, and will monitor, and where necessary enforce, targets and other requirements that will be set out in new regulations to be established by the Ontario government.

Sounds good, right? Who can quarrel with the savings this will produce for municipal taxpayers? Who could possibly object to the ‘producers pay’ principle, now called Extended Producer Responsibility (EPR)?

“Should have happened long ago”, most would agree, although few consumers really know what ‘EPR’ means.

But here’s the rub. Transitioning 240 blue box programs is going to be a complex, lengthy, expensive and controversial process. It’s a real head-scratcher.

Recognizing how difficult this will be, the government recently appointed a Special Advisor on Recycling and Plastic Waste – David Lindsay – to recommend a transition process. After extensive consultations with stakeholders, his report was recently submitted to the government.

The report has correctly put its finger on the challenges, and provides the government and stakeholders with many recommendations, particularly on a phased-in approach to the transition.

How will all of this play out? From my ‘close quarters’ experience of overseeing the blue box program over six years, I see more trouble ahead, even though everyone agrees things must change.

First comes a real blow. More than a year ago, China decided to ban the importation of highly contaminated albeit ‘processed’ mixed plastic material. For years, the China market was the backstop for many Ontario blue box processors. No more. This could drive costs up significantly, as processors struggle to find new markets for their material.

Second is the report’s proposed six-year timeline to complete the full transition of all of the programs. Admirable as it is, I very much doubt it will be met.

Mind you, it is encouraging that the government has responded quickly to the report. In August 2019 it announced it will consult with stakeholders over the next year on the regulations that will support the blue box ‘producer pay’ principle. It has accepted the report’s recommendation that the transition occur in phases.

It also has directed Stewardship Ontario to consult on and submit a detailed plan to RPRA by June 2020 concerning the funding for the blue box program while it is transitioning to full producer responsibility.

So at last, things are beginning to move forward. But a herculean task lies ahead.

It will involve many powerful organizations – the municipal sector, industry, private processors and haulers, environment organizations and Indigenous communities. Hundreds of millions of dollars in capital investments are at stake.

Smart lawyers could easily find numerous rabbit holes to go down. And municipal and provincial elections will be held in the midst of the transition process.

Can it all be completed by 2025? I seriously doubt it.

Finding consensus on the big issues will not happen easily and soon, if at all. Broken relationships in and between these sectors speak to the need, in my view, for fresh faces and new thinking on the front lines, supported by the experience of many that stretches back more than 30 years in some cases.

A core problem in the blue box is the many forms of lightweight plastics that are very difficult to process. As a result, diversion rates have flatlined at about 60 percent, with rates for some materials as low as 10 percent. About 10,000 tonnes of plastic are discarded each year into our Great Lakes alone.

The focus is on looking for solutions downstream, at ‘the end of the pipe.’ This is all well and good – in fact, venture capitalists are working on some promising mixed plastics process technologies that have the potential to help, if and when such technology can scale up to the level required.

Why are we not also looking upstream, to the oil and chemical industries who manufacture plastic resin, and the converters who then make plastic packaging from resins almost impossible to separate into compatible recycling streams?

So far, the plastics industry has not come to the table in any substantial way. This is a great opportunity for the industry to step forward and apply the same genius that invented plastics, to solving the problem of recycling them. They should. If they don’t, they may well find they must, to avoid potential regulations.

For example, the capture of recyclable material in condo and apartment towers is a real problem. There are approximately 1.5 million people in Ontario living in more than 600,000 condo/apartment units. And these numbers are growing. Many do not have access to effective diversion and separation of recyclables. This represents a staggering amount of packaging. We don’t know for sure where it all goes.

In addition, even though the industrial, commercial and institutional sectors operate under separate regulations in Ontario, verifiable data on waste generation and where it goes are unclear, to say the least. Ontario produces about one tonne of waste per person each year. About 75 percent is still going to landfills. Or so we think.

The blue box is iconic. It is embedded in our culture. This little box has been replicated in over 150 countries worldwide. Over 90 percent of Ontario households have access to it.

But will it survive in its present form? Not likely. Once industry is paying the total bill, things will change, as they must. But few politicians would dare take our little blue box from us.

It is simply too big to fail.