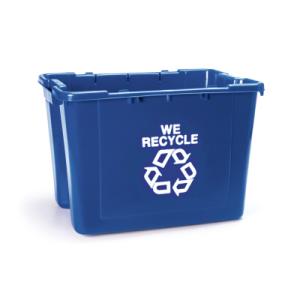 The province yesterday announced it has directed Stewardship Ontario to transition the program to producer responsibility starting in 2023.

“This shift is a big step towards diverting waste, addressing plastic pollution and creating a new recycling economy that everyone can be proud of in Ontario.”

Based on recommendations from Special Advisor David Lindsay’s report on Recycling and Plastic Waste, the Blue Box Program will transition to producer responsibility in phases over a three-year period. This approach will provide time to consult with the public, stakeholders and Indigenous communities, while providing certainty for municipalities and adequate time for producers to engage service providers.

The first group of municipalities or First Nations will transfer responsibility of their programs to producers starting January 1, 2023. By December 31, 2025, producers will be fully responsible for providing blue box services provincewide.

Starting this fall, Ontario will meet with stakeholders, including the municipal and industry stakeholder working group that took part in Lindsay’s previous mediation sessions, to continue thorough consultations and facilitate the Blue Box Program’s transition to producer responsibility.

Members of that working group were quick to applaud the government’s announcement. The Association of Municipalities of Ontario (AMO) noted in a statement that “municipal governments have raised concerns for many years about rising costs, stagnant recycling rates, and the increasing amount of waste generated.”

“This is an important step forward in the evolution of Ontario’s iconic Blue Box. It puts the responsibility for recycling on those that have the greatest ability to make change – the producers,” said AMO president Jamie McGarvey.

“Residents may not see a big difference at the curb, but it will make a difference for our environment, spur more innovation and importantly, lower costs for taxpayers.”

The Retail Council of Canada (RCC) said in a statement that is “committed to full producer responsibility”.  “We share a common view that plastics, printed paper and packaging do not belong in landfill,” said Diane J. Brisebois, RCC’s president and CEO. “RCC looks forward to working with all stakeholders to ensure better environmental outcomes.”

Likewise the Food & Consumer Products of Canada (FCPC) said it welcomes the government’s commitment to strengthen Ontario’s Blue Box program. “By incrementally shifting costs and operational oversight to industry, full producer responsibility will allow for greater innovations in recycling technologies and the use of recyclable materials as we work toward achieving a circular economy, minimized disposal, and consistency in service for Ontarians,” Michael Graydon, CEO of FCPC.

The Canadian Beverage Association also said it looks forward to working with the Ontario government to “build on the success of the Blue Box program by establishing a more harmonized recycling system for Ontarians.”