“Phasing out” plastics not the answer 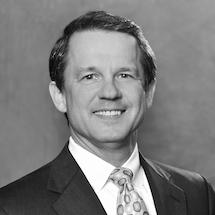 WASHINGTON, D.C. – On January 3 U.S. presidential candidate and former Vice President Joe Biden said plastic bags should be phased out. Biden was asked at a campaign stop if he thought plastic bags should be banned. In response he said: “We should not be allowing plastic.” Instead he suggested “phasing it out”.

“The process of ’phasing them out’ when it comes to plastics, would be a disaster for our economy and our environment. Yet, this is what democratic presidential candidate and former vice president Joe Biden recently said at a campaign stop, as he responded to a question about plastics and plastic bags specifically.

We’re disappointed that Biden would endorse the idea of a misguided reduction in the use of plastic materials, as bans and taxes aimed at accomplishing these tasks have only driven consumers to use more environmentally-harmful and resource-intensive products.

Plastic bags exist for a number of very good reasons: they require less energy to manufacture, they consume 96 percent less water than the production of paper bags, and they’re lighter to transport, which means they reduce carbon emissions.

In developing countries, the lack of waste management infrastructure leads many to see no other option than to ban a material that has far fewer environmental defects than its alternatives. The U.S. has the chance to be a leader in this area, by investing in new recycling technologies that can improve waste management systems at home and abroad – reducing litter and marine debris while creating jobs and helping grow the global economy.

We hope, throughout his campaign and if he is elected president, that Biden will first consider more effective solutions to our nation’s waste management problems – in particular by supporting legislation like the RECOVER Act – before resorting to knee-jerk bans on materials that actually deliver enormous benefits until they’re mismanaged at the alleged end of their usefulness.

This is a historic moment for the global economy and the environment, and the U.S. should take this chance to set an example by showing how every country can convert its waste into a valuable resource.”